Cement can play a key role in meeting the targets for greenhouse gas emissions reduction set by the Paris climate agreement.

Cement is a unique substance used in construction as a binding agent that hardens and holds other materials together. As a key ingredient in concrete, cement is a crucial component in large- and small-scale construction and infrastructure projects across the globe.

The construction sector is increasingly under the microscope as signatories to the Paris climate agreement aim to achieve their greenhouse gas emissions reduction targets. With concrete the second most consumed material on the planet after water, large amounts of cement are needed to support ongoing building and infrastructure projects.

As a society, we are using more and more cement. However, there are many contributions that the cement industry can make towards making the construction sector more environmentally friendly. And, while it may not be factored into global carbon dioxide figures, there is a way to directly offset a large proportion of the CO2 produced in the cement manufacturing process.

The cement industry currently accounts for 5% of global carbon dioxide production. This output is due to its energy- and emissions-intensive processes.

Direct emissions, which make up half of all emissions from cement production, are generated through calcination, which is where heated limestone breaks down into calcium oxide and CO2. Calcination, however, is just one side of the equation when it comes to the relationship cement, and subsequently concrete, has with carbon dioxide. 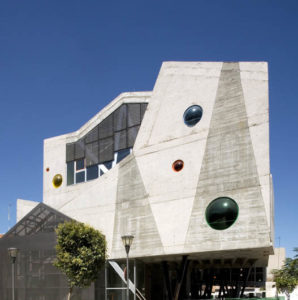 The other relationship is a much more beneficial one. Concrete that is exposed to the air naturally undergoes carbonation, a process where carbon dioxide is slowly reabsorbed into concrete’s structure and reacts with the calcium hydroxide found there to form calcium carbonate. This locks CO2 away, providing a stable long-term storage solution. The process can even boost concrete strength by increasing the density of its pore structure.

Currently, carbonation is not taken into account when assessing the emissions impact of the cement industry, leaving a considerable amount of CO2 uptake out of both national and global emission calculations. During the life of a built structure, up to 25% of the process emissions related to the production of cement can be absorbed by the clinker in the cement.

Researchers concluded that while considerable attention has been paid to quantifying industrial process emissions from cement production: “Carbonation of cement products represents a substantial carbon sink that is not currently considered in emissions inventories.”

Changing the perception of cement

Traditionally, carbonation was considered only when taking steps to ensure the durability of structures. If concrete were to carbonate all the way to its steel-reinforced core, this could lead it to corrode and would negatively affect structural integrity.

Now, however, carbonation must be considered a natural part of cement's – and concrete’s – lifecycle. Research published in Nature Geoscience in 2016 has shown that up to a quarter of the CO2 emitted in cement production can be reabsorbed throughout a building’s life and recovery phase.

In addition, cement’s CO2 absorbtion following a building’s demolition could be improved through the implementation of proper waste sorting and recycling procedures. A forward-thinking approach to the treatment of crushed concrete building waste could help realise the massive greening potential of carbonation.

Cement’s role as a vital enabler of the construction and infrastructure sectors is well known, and as the industry looks at ways to help tackle the world’s ambitious environmental objectives, cement will increasingly need to be seen as an important tool in this battle. 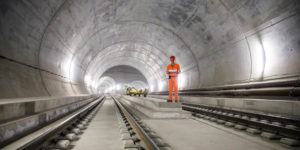