Plastic waste disposal has reached a tipping point across the world – cement may offer a sustainable means of reducing the environmental impact.

A massive 300 million tonnes of plastic is produced globally each year, according to research by Plastic Oceans, with more than eight million tonnes being dumped into our seas. Worrying estimates show that by 2025 there could be one tonne of plastic for every three tonnes of fish, and by 2050 more plastic than fish.

So, why aren't we recycling all this plastic? Well a major problem is that there are more than 50 different types of plastic, some of which are commonly recycled and some not, which makes it more difficult to sort and reprocess than other materials.

But there is some good news on the horizon, with a number of groundbreaking studies showing that one innovate way to help reuse non-recyclable plastic could be to mix it with cement to create sustainable concrete.

Experts have found that plastic can be an effective substitute for traditional aggregates such as sand, which, when combined with cement, create a durable and lightweight concrete.

This could prove particularly useful in countries such as India, which desperately needs to find a solution to its enormous plastic waste and its ever-growing shortage of sand.

A worker holds a handful of Plastic Resin pellets. (Photo via Getty images)

"We were approached by colleagues in India looking to solve two problems," explains Dr. John Orr, an expert in sustainable construction and part of a team of researchers that examined the problems in 2014.

"Firstly, a shortage of sand due to the prevention of dredging, which had caused environmental problems, and secondly, lots of plastic waste because India recycles very little."

Dr. Orr and his team collected large amounts of waste plastic for the project and shredded them into an appropriate size and shape, before mixing them with cement and water.

Interestingly, they found that by replacing 10% of the sand with the new material they were able to retain a viable structural concrete, as well as satisfying the research's environmental goals.

"The environmental benefits of a concrete mix with replacement plastic is quite specific to location, but it provides one solution for plastic waste," Dr. Orr says, adding that the innovation also has the potential to save 820 million tonnes of sand per year.

Elsewhere, Henry Louis Miller, who was studying at Rensselaer Polytechnic Institute in New York, was inspired to conduct similar research in 2009 after observing that a recycling programme in his local area had been cut in favour of a cheaper landfill solution.

Miller came up with an idea to not only mix ground-up plastic with cement, but to also add soil reclaimed from neighbouring brownfield sites to make an even more sustainable concrete product.

He found that plastics could be used with "no adverse effects", with his early tests creating a "strong and conventional concrete".

Containers of pellets derived from discarded plastics stand in front of bales of sorted trash at the ALBA recycling centre, Berlin, Germany. (Photo by Sean Gallup via Getty Images)

Cement in a circular economy

Further studies have been taking place around the world in recent years, underlining the high level of innovation across the cement and concrete industries.

Such innovation could prove critical as new policies come into force, such as the EU's 2018 plastic strategy, which places a further focus on the importance of moving towards a circular economy.

This is something that the cement industry has been engaged with for decades through various waste treatment programmes.

Thomas Guillot, Head of Geocycle Europe, explains: "For 40 years, our industry has been delivering a waste treatment solution based on the circular economy approach, thanks to the co-processing technology."

Plastic can be efficiently used not just within a cement mix, but also in fuelling the process that creates it. This 'waste to energy' co-processing uses the burning of non-recyclable plastic to reduce the fossil fuels required to produce cement, and then incorporates the ash from the kiln into the final cement product. Using plastic as an alternative fuel also has no negative impact on emissions.

However, there is still much work to be done. This is why the cement industry is championing the issue of protecting Europe's resources, including the innovative use of plastic waste.

Currently, approximately 43% of thermal energy fuelling the clinkers used in European cement production comes from waste – including plastics and biomass. Using current technology, this could increase to 60% or even 80% over the next five to 10 years.

As the Portland Cement Association in the US adds, innovation has long been a critical component of the cement industry's success: "The cement industry is one of the most innovative and progressive industries and a ripe source of potential solutions, not just for non-recyclable plastics but also for literally thousands of other materials.

"Other industries may produce waste; the cement and concrete industry produces solutions."

Waste disposal and processing of rubbish at the ENG disposal Niederrhein mbH in Krefeld. (Photo by Ulrich Baumgarten via Getty Images) 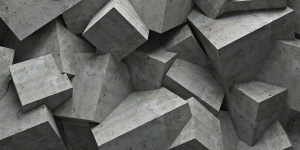 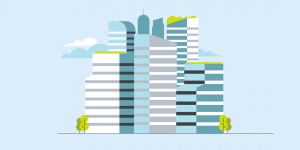 The cement industry’s low-carbon roadmap to 2050 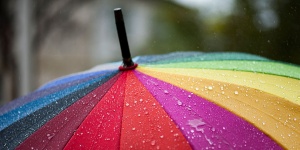 The role of concrete in improving urban water management